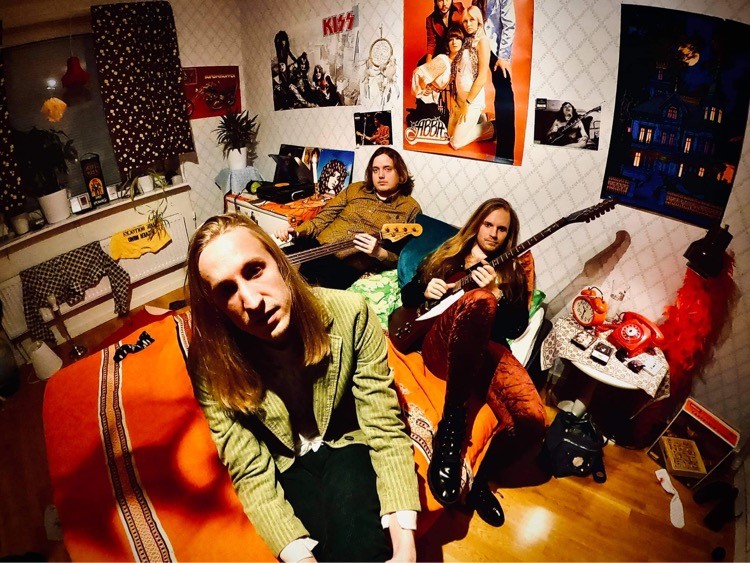 Velvet Insane delivers their second single and music video “Sound of Sirens” from their upcoming album “Rock ‘n’ Roll Glitter Suit”. A 60’s pop gem made for the modern day.

The band comments:
“We feel very proud about this catchy singalong pop gem and that it shows a slightly different side of Velvet Insane. Strongly influenced by The Beatles and 60’s pop music it gives you shivers and shows our passion and love for all kinds of music. A song we really looking forward to playing live and feel the energy from the audience in the future. With the video, we want to celebrate where we come from: the 70’s. Kiss, ABBA, Slade and glam rock/pop in general have meant so much to us in our musical upbringing. 1970’s influences in pictures and music but with the sound of today.”

The track is written by the legendary Sulo Karlsson of the Diamond Dogs who also has produced and wrote the tracks together with the band on the upcoming album “Rock ‘n’ Roll Glitter Suit”.

The eleven-track long album manifests Velvet Insane as a rock act to count on for years to come. “Rock ’n’ Roll Glitter Suit” is released via Wild Kingdom on July 16.

Hear the single and pre-order the album: https://orcd.co/sound-of-sirens