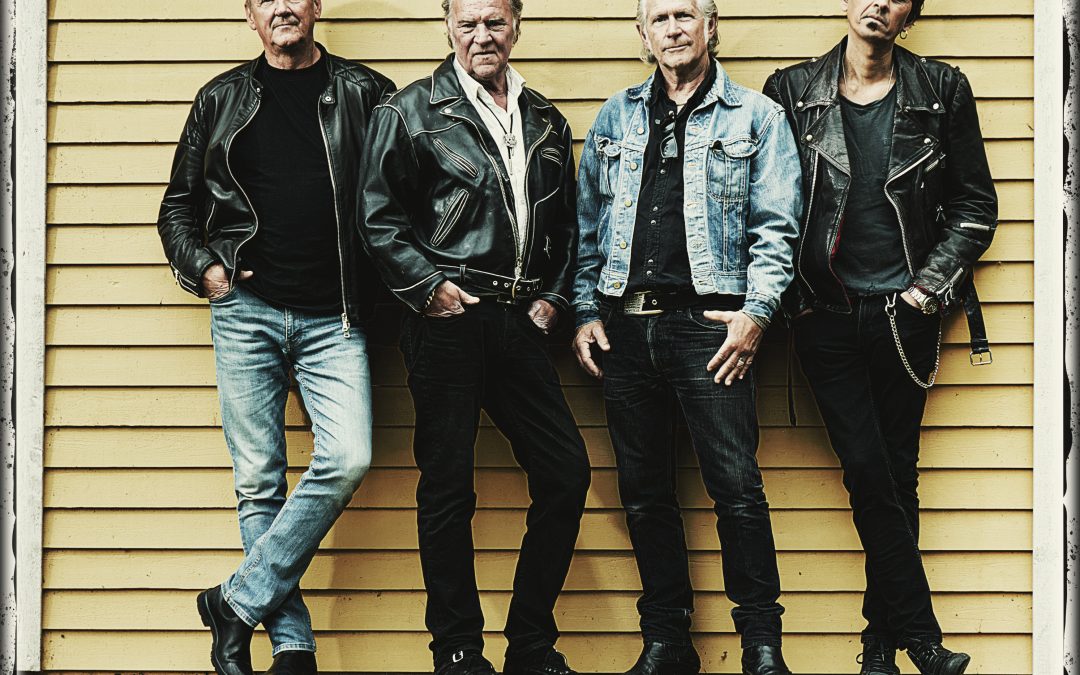 The story about The Boppers started out as a fairytale about some teenagers from Stockholm who was on the right place on the wrong time.

Forming the band in 1977 when punkrock exploded around the world their take on 50’s doo wop and rock n roll couldn’t be more out of style but they refused to fit in and turned it in to a success. After their debut “Number One”, containing mostly covers of their 50’s favorites from the likes of Roy Orbison, Dion & Belmonts etc sold over 450 000 copies in Sweden!! There was no doubt about it. The Boppers was the next big thing!

Since then they’ve become an institution in Swedish rock n roll history with their albums selling worldwide.

Always true to their roots they’ve kept on digging where they stand.

2022 The Boppers celebrate 45 years as a band with a brand new album. And a new record company! For the new album the band teams up with Wild Kingdom / Sound Pollution. They’ve collaborated closely with Sulo (singer and frontman of Diamond Dogs) and legendary producer Tomas Skogsberg (The Hellacopters, Backyard Babies etc).

“Callous Rain” is the first single from the forthcoming album White Lightning.

It’s a dark anthem about life’s inescapable terms and conditions that reminds of The Walker Brothers heydays with it’s beautiful harmonies. A 60’s feel that’s underlined by Nicke Andersson of The Hellacopters bleeding guitar solo.

45 years down the road The Boppers makes a statement that it’s more to be expected.

Listen to the single / Pre-Order the album: https://orcd.co/callous-rain