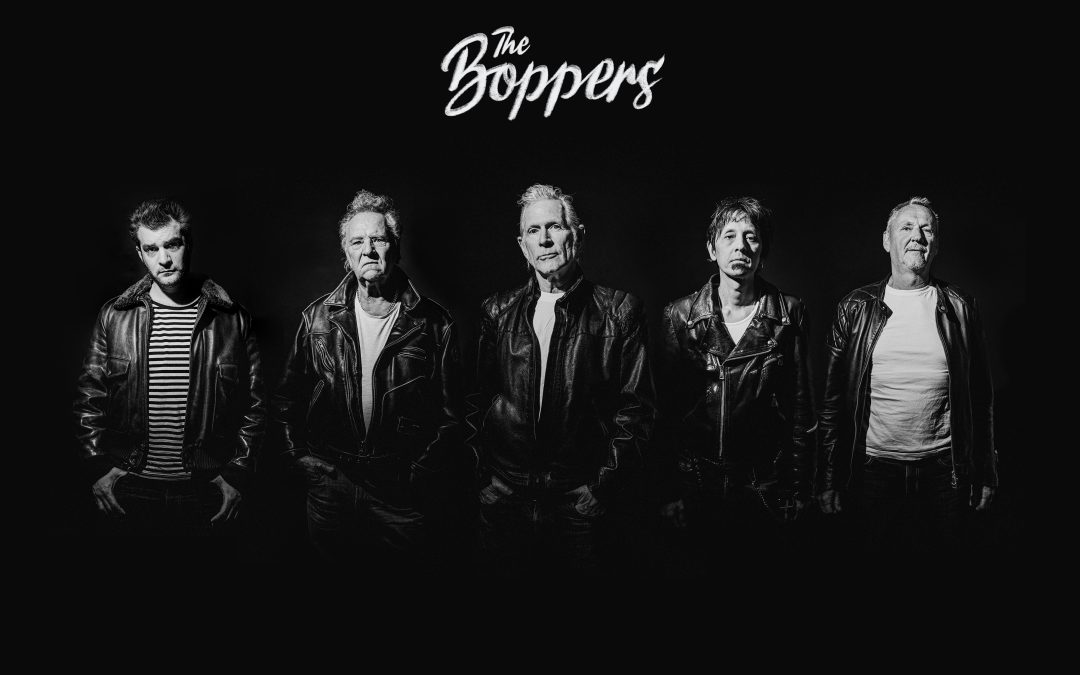 The Boppers releases a brand newly recorded video for their latest single Motorbikin’ from the upcoming album White Lightning.

The video is a tribute to Motorbikin’ and Matte of The Boppers comments on the video as follows:
-Spring is here, the streets are swept so it feels really suiting to release a black and white video-dream of the feeling and freedom on two wheels.

Recorded in Stockholm, April -22, produced by Hans Erkendal and Leo Josefsson at House Of Wizard.

The video will also be shown on a big screen at the Drive-In-Rockabilly Party in Vimmerby on Saturday the 14th of May, together with a The Boppers documentary followed by a The Boppers show!

Motorbikin´ is written by Chris Spedding and is the second single from the new album.

The album, White Lightning, is produced by Tomas Skogsberg and set for release July 1!

Listen to the single and pre-order the album: https://orcd.co/motorbikin