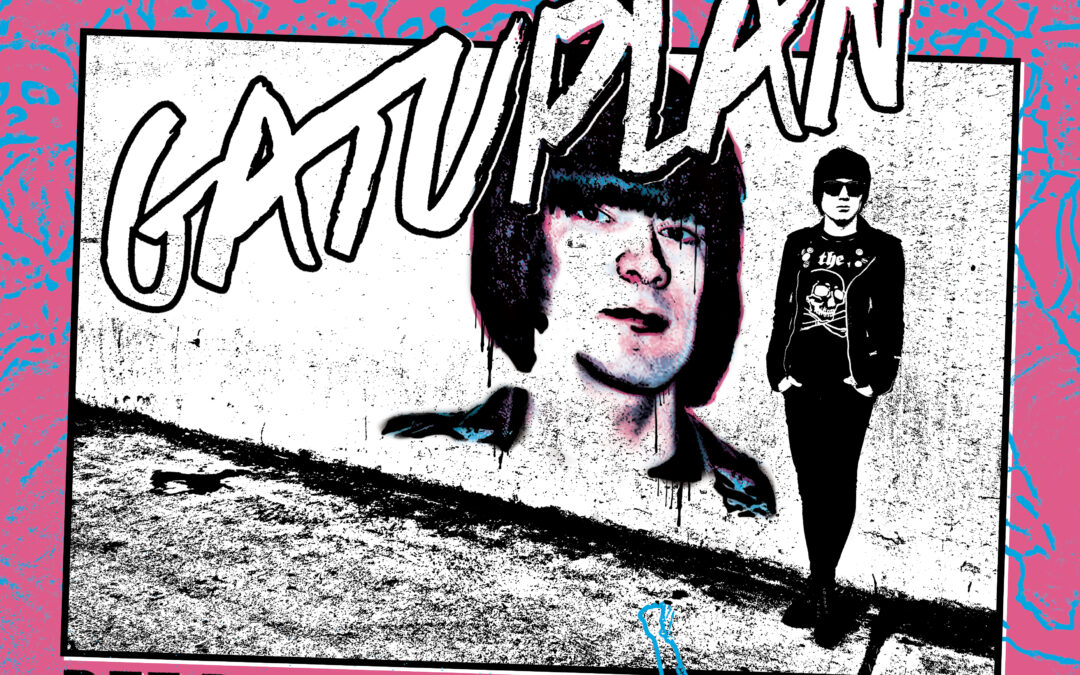 GATUPLAN is a solo project by punk rock bass player Inge Johansson (known from bands like The (international) Noise Conspiracy, Against Me!, CSS, Cryssis and Stilett) and GATUPLAN’s music is rooted in classic punk rock with a touch of ska, rap and powerpop.

About the song DEE DEE RAMONE, Inge has this to say “Ramones are a part of my DNA. There’s just no way around how brilliant their simple and direct melodies were and the impact they had on my ambitions as a song writer. I can also relate to them as total underdogs. They didn’t sell records, they didn’t have any big hits but they had a following in the underground club circuit and worked hard on the road. That’s how it’s been for me as well, and if my life in music has been the same as the life of the Ramones – then I have nothing to complain about.”

“Ramones bass player Dee Dee Ramone has been my style icon for a long time, there’s no question about that. He was strikingly good looking and a genious song writer, but in his songs he’d let us know that he was far from perfect. That makes him the ultimate rock star in my book. My song DEE DEE RAMONE is a tribute to him in the sense that it’s a simple, melodic and perhaps a little twisted love song. Dee Dee was an expert at writing songs like that. I come from a background of bands doing mainly protest songs about war and injustice. You can rest assured that GATUPLAN will follow that tradition, but with a résumé like that I think it’s ok for me to write one love song. Or perhaps even two!”

The single was recorded by Stefan Brändström at Dustward Studios, Stockholm and mixed by Stefan Boman  – who has worked with acts like Alice Cooper, The Hellacopters and Def Leppard. The video was shot around Los Angeles by the Enclave Hollywood. GATUPLAN’s debut album KAMPEN GÅR VIDARE! Is due to be released on Sound Pollution/Wild Kingdom.