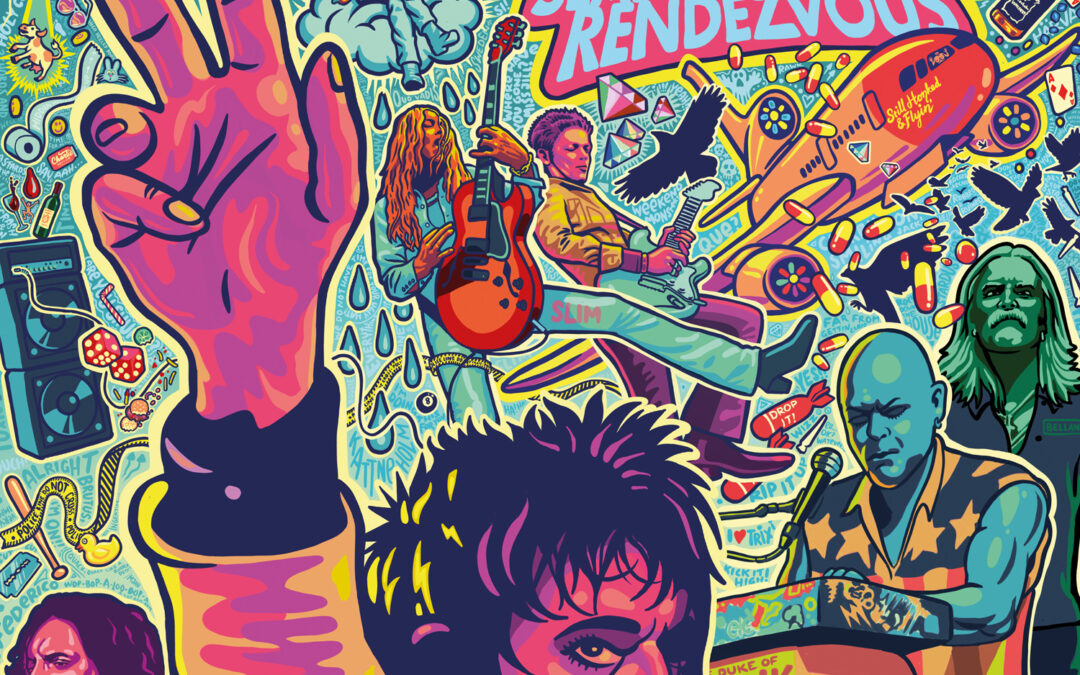 One of rock’s most dynamic stage performers, Sweden’s boogie rock legends Diamond Dogs are sitting pretty nicely on top of their game, with the boogie piano and the delightfully sleazy overall feel, they sound like they’re having an absolutely blast!

SLAP BANG BLUE RENDEZVOUS ALBUM COVER After making highly acclaimed demo tapes with star producer Max Martin (Britney Spears) in 1991, Diamond Dogs shortly thereafter went into legendary Sunlight Studio with producer and mastermind Tomas Skogsberg (Hellacopters / Entombed). The first single ”Blue Eyes Shouldn’t Be Cryin” from the debut album Honked, launched in 1993, made its way onto rotation on MTV’s classic hard rock show Headbangers Ball, and it became the start of a successful journey that eventually took the group to world wide cult status. And this time, 30 years after it all started, Diamond Dogs have yet another time returned to inimitable producer Tomas Skogsberg to make their 14th Long-Player. A Twenty-Four original songs Double Album! 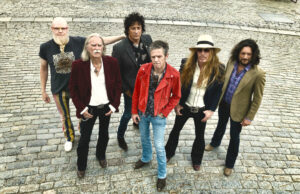 Diamond Dogs are in a league of their own. The band have in a confident way been releasing topnotch rock albums since the early ’90s, and also having a large reputation for their energetic live shows often stretched out to over three hours, you’ll be hard pressed to find many bands revisiting this style of classic rock or doing it in such style. Think of it as rock and roll sushi!

The Swedish classicists make no bones about their mission in life, to keep the flame of oldfashioned, R&B-greased, riff-driven rock and roll burning. They have been special guests on tours with Nazareth, The Damned, The Cult, Hanoi Rocks, Iggy Pop, and on two Ian Hunter tours. And having toured their emotional home UK several times, headlining the premium venues, the English music press nowadays speaks about the Swedes as sounding more British than the Brits themselves.

”We played with The Faces many times, and believe me, Rod and the lads had both good and bad nights up there, but The Diamond Dogs really are like The Faces on one of those brilliant nights!”
Dan McCafferty /Nazareth

”So somedamnbody has to keep the rawk alive, and the Diamond Dogs have consistently done it better than nearly anyone in the past couple of decades!”
Captain Sensible /The Damned

”Sweden’s Diamond Dogs are one of the coolest bands on earth!”
Wilko Johnson /Dr Feelgood 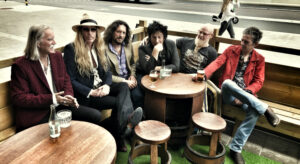 Slap Bang Blue Rendezvous is a release for children of the 70’s. From the top it conjures up the spirits of the 70’s glam rock era. The warm atmosphere brings the air of the golden age, and the energy of the songs and performance give a promise of rock music for the new generation! Diamond Dogs leaves the listener feeling like they’ve been somewhere momma told them not to go, but knowing that they’ll soon be visiting again!